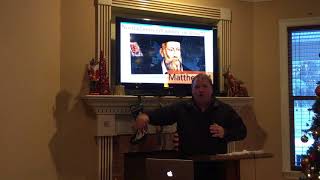 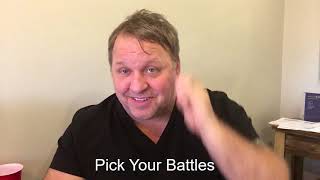 Am I Missing Out on Something

This is the question that leads to many of our temptations. Many times we think we are tempted to go after things that are better than what we already have. This is not necessarily the case. We actually more often go after things simply because they are different from what we have, even if they are not as good as what we already have. It is really because we think we are missing out on something.

-A man goes after a woman who is not as smart or good looking as his own wife. We all wonder why since he already had a beautiful wife and had so much to lose. We think it is because he is just greedy or arrogant. Both may be true but not always.

-A woman fantasizes about a man at work or someone she has seen on TV because he seems so funny or confident. In reality, that is just the image he gives off. He is actually no more funny or confident than her own husband.

-People buy a car or a house because they think they are missing out on something that the new car or house can provide.

Sometimes temptation is driven by greed or the feeling that we deserve more, but even more often it is driven by the question, “Am I missing out on something?”

This is what drove Adam and Eve to eat the fruit. They could eat from any tree but one. God gave them plenty to eat with plenty of variety. Their sin was not driven by lack but by the feeling that there was something else… that God was holding out on them something better than all the good stuff He had already given them.

Genesis 3:5 gives the Devil’s words to Eve after she resisted His initial temptation. “For God knows that when you eat from it your eyes will be opened, and you will be like God, knowing good and evil.” In other words, there is something that you are missing out on and God does not really want you to have the best. The stuff He has given you is not really as good as that which He has forbidden you.

Eve bought the lie and found out what we all find out when we sin. The other stuff is not as good as what God has already given us. It may taste good for a while but there is always a price that far outweighs the pleasure.

The truth is Eve was missing out on something… the pain, the guilt, the shame, the loss, the cover up, lies, and the fear that come along with sin. God had given her hundreds of trees to enjoy without consequence and only one to avoid. God was not robbing her of the “Am I missing out on something” tree. He was protecting her from it.

What are you missing out on by being faithful t